“Trying to define yourself is like trying to bite your own teeth.” — Alan Watts

“Twenty years from now you will be more disappointed by the things you didn’t do than by the ones you did do. So throw off the bowlines. Sail away from the safe harbor. Catch the trade winds in your sails. Explore. Dream. Discover.” — Mark Twain

It was a first date, like any first date, filled with get-to-know-each-other questions.  We sat at the bar. Conversation din and jukebox music from the 80s and 90s filled the air. He sipped a wheat beer and I gulped my I.P.A. It’d been a long time since I’d been on a date.  I wasn’t sure I was ready. “When did you move to L.A.?” he asked.

“Over 12 years ago. 1999. I came here to act in film and television.” I looked into his sky-blue eyes, bright with interest. His lips looked soft with sympathy and promise. Yet, it was hard to talk about this, even as I knew I needed to. “Acting is on hold. Perhaps permanently. I’m not sure. I’m writing now. A short story and a novella. It may become a novel.”

I smiled. “Thanks. I’m excited. It’s also really hard. I thought acting was hard. Writing may be the hardest thing I’ve done.”

“Huh. Well then why did you stop acting?” he asked.

I sighed and stared into my beer.  A sharpness tore in my chest. This question was at the heart of a two-year collapse into isolation where I could barely do more than work as a waitress. My life needed direction and I wasn’t sure what to do. I had despaired of my dreams. With three prior careers, excluding day-jobs, I had thought acting would be the last and best career, and I would do it ‘til I died. I didn’t expect a fifth career. My spirit still ached to think I had let acting go.

I looked up at him and said, “Because I could see that there were precious few stories being filmed for middle aged women to act in. Because acting in commercials— how most working actors pay their rent—was not something I wanted to live on. I came to L.A. to tell stories—actors tell stories with their body and their voice. I grew weary of begging to be part of the storytelling process—that is what the audition is—you are asking for permission to act, to perform your craft, to be part of the storytelling process. I still love acting. But I love stories more. Writers don’t have to ask for permission to write stories. Of course, getting others to read the story— that’s where the begging is.”  I laughed at my own joke and so did he, perhaps politely.

Me and My Manuscript

P.S. I present my first ebook, a sexy and spiritual short story. 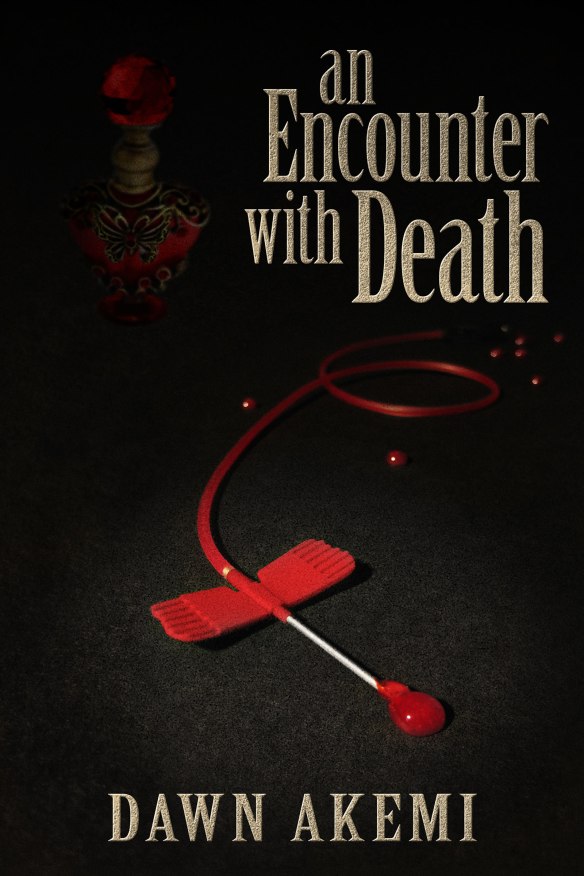 Hot off the online presses: An Encounter With Death. After a series of emotional setbacks, Vanessa, is filled with despair. She decides to take control of her destiny, but like her life, nothing turns out as planned. Wanting to meet her maker, she instead has an encounter with Death. A sexy and magical tale of the power of love to heal. intended for mature audiences. Available for $.99 at Smashwords and Amazon.